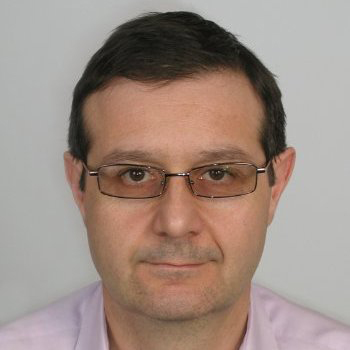 Dr. Zoran Stamenković is a scientist at the IHP GmbH, Frankfurt (Oder), Germany. He acquired his PhD degree in electronic engineering from the University of Niš, Serbia in 1995. Dr. Stamenković has published more than 140 scientific book chapters, theses, journal papers and conference papers, and given more than 25 invited talks in the field of design and test of integrated circuits and systems.

His research interests include hardware/software co-design, SOC design for wireless communications, fault-tolerant circuits and systems, and integrated circuit yield and reliability modelling. He serves as a program committee member of many scientific conferences (among them DDECS, IOLTS, EWDTS, DTIS, MIEL, and TELFOR). Dr. Stamenković was the general chair of DDECS15 and the program chair of DDECS18 and DDECS20. He is a regional editor of the Journal of Circuits, Systems, and Computers and a senior member of the IEEE.